Directed by Robin Reyes and Jordi Barceló, which between 1985 and 1987 collaborated with Xavier Cugat and Joan Planas, this magnificent Big-band, full of artistic talents and musicians of the Xavier Cugat taste, complements its performance with dynamic images and projections, providing the taste of identity, avant-garde and sophistication to this memorial environment.

Robin Reyes is known to be one of the most prestigious directors in Cuban and Latin rhythms of Europe. He is double bassist and director of his orchestra “Salsa de Reyes”.

Jordi Barceló is known as director of the “Big Band Cotton Club” – 1985 and 1990- in Europe and for his peculiar swing, funky and jazz. He is a composer, director of orchestra and pianist.

The European Tour Memorial 2022-2023 brings together the best-known songs of Xavier Cugat, melodies to which Cugat gave his most personal touch and made popular all over the world.

Xavier Cugat incorporated into his orchestra the most current trends of music and hits which are included in the Tour 2022, starting in May.

We are sure about one thing: you will be surprised! Two hours of frenetic musical show that will make you vibrate with the music of Big Band and the rhythms of the Cuban Rumba. Do not miss it! 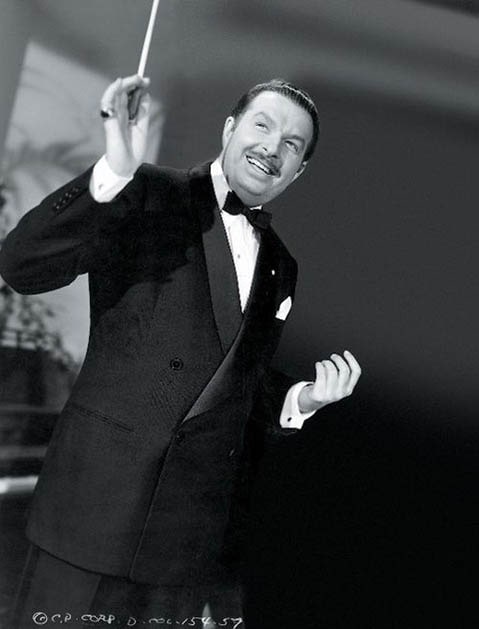 In 1983 Xavier Cugat and Joan Planas, his manager, agreed to create the Xavier Cugat and his Orchestra in Europe. It was easy, Joan Planas was manager of the Orquestra Caravana that performed every Monday on the TVE program Directo en la Noche. The conductor of the orchestra, Josep Bou Coll, author of the program’s musical tune, received all kinds of congratulations from Xavier Cugat as an author and for his musical quality.

Six months later, Xavier Cugat and his Orchestra made their debut in Barcelona, ​​exclusively for the Sala Imperator, their benchmark fiefdom, starting tours and accumulating performances on television. In 1986, Xavier Cugat presented his latest discovery as a world exclusive: the singer Nina, on the program Un, dos, tres… responda otra vez, by Chicho Ibáñez on TVE.

Universally recognized and renowned, at the age of 8 he played the violin, at the age of 11 he was a musician with the Havana Symphony where he met the great tenor Enrico Caruso who was the first artist who valued his innate talent and invited him to New York.

Until the age of 26 he devoted himself to classical music as fiddle concertmaster of the Beethoven, Wagner, Brahams repertoire.

Xavier Cugat became a musician in Havana. His facet as a caricaturist runs in his family.

He is known worldwide by the nickname of “The king of the rumba”; in the cinema he has participated in 21 Hollywood films; As a cartoonist, his stage as a cartoonist in the New York and Los Angeles Times stands out.

Xavier Cugat has two stars on the Hollywood Walk of Fame for his career in the worlds of music and cinema.

From Planas Teatre Co, we planned to start this tour in 2019 to remember and spread the work of Xavier Cugat at events and festivals throughout Europe, and to commemorate the 30th anniversary of his death (Barcelona, ​​1990). The tour was cancelled due to the emergence of the exceptional health situation derived from the Covid-19 pandemic.